Motivation may be different but these school board candidates share an occupation: Stay-at-home parent

Motivation may be different but these school board candidates share an occupation: Stay-at-home parent

Throughout this pandemic school year, many K-12 parents blended home life with school life. Some kids brought Algebra 1 to the kitchen table. Others turned bedrooms into science labs. And moms and dads, grandmas and grandpas, aunts and uncles had to take on other titles like teacher, principal, and classmate too.

Several school board director candidates across the Lehigh Valley shared an occupation that, like many others, was upended when schools closed last year: stay-at-home parent or homemaker.

These candidates will focus attention, not just on their own children’s educations, but their neighbors’ too.

The roots of Jennifer Ortiz’s campaign for Allentown School Board can be traced back to her daughter and the effect Allentown’s response to the pandemic, a year-long school closure, had on her.

“She began suffering academically, emotionally, mentally. And I felt like the Allentown School District was not doing enough for these kids,” Ortiz says.

She listened in on school board meetings and felt leaders lacked a sense of urgency when it came to reopening schools.

“The main focus should have been on,  and on prioritizing, getting these kids back in school. I decided that I couldn’t sit back anymore and watch my child suffer. So I needed to step up and do something,” Ortiz says.

That “something” is her candidacy.

Yahaira Aviles Washington, another stay-at-home parent in Allentown running for school board,  says it’s not just the pandemic that’s motivating her to run.

“Light has been shown on greater inequities within our community. And frankly, nationwide. And right now is the absolute time and moment for the strongest leaders to really step up and step into these positions where we would be able to make the most effective change,” Aviles Washington says.

Being a stay-at-home parent to three students at the elementary, middle and high school levels helped her identify issues within the district, she says.

“It allowed me to be more involved in my children’s schooling, which allowed me to see from a deeper level the inequities, disparities and actual crisis that our school district was facing, is facing,” Aviles Washington says.

Those issues include the digital divide and the fight for what advocates call “fair funding” for Pennsylvania’s schools.

A few miles away from Allentown, out in what’s largely the suburbs, LoriAnn Fehnel is a homemaker running for school board in the Whitehall-Coplay School District.

Fehnel says she brings a unique perspective to this race because she’s a COVID-19 survivor and spent 24 days in the ICU. Both of her children also contracted the virus.

“Health and safety is so important to me. I don’t want to see any kid or any other family get sick,” Fehnel says.

Over the course of the pandemic, Fehnel says, she watched her local school board’s meetings. What she came away with was a feeling that the board wasn’t listening to all parents on issues like reopening plans. They were ignoring constituents like her. So now, she’s running to take one of those seats.

“I’m really looking to be a fair and neutral school board director and not just taking one side only. I really want to be taking all the input from everybody,” Fehnel says.

Balance is the key word for Southern Lehigh School Board candidate Nicole Dolan too.

An engineer by trade, Dolan now lists stay-at-home parent as her occupation. But she says that role didn’t really play into her decision to run this campaign.

“Before the pandemic, I think like a lot of people, I wasn’t paying close attention to school board activity. It just really wasn’t on my radar. And I started paying attention once the pandemic happened. And I realized how all of the different parts of the system work together,” she says.

Dolan not only paid sustained attention to the decisions of the board but she spoke with friends about them. Eventually, her friends pitched her on running for office.

She was hesitant at first, Dolan says. She didn’t think her resume looked like that of a school board director. But she realized school board members should have a variety of backgrounds. This way, they represent the community at large.

“The goal is to be part of the process and represent the community and speak up for what you think needs to be spoken up for,” Dolan says.

These candidates and others will be on the ballot on May 18, primary Election Day.

Some candidates are running for a single party and some are cross filing which means they’re running on both sides of the ticket.

Tagged as school board stay-at-home parents 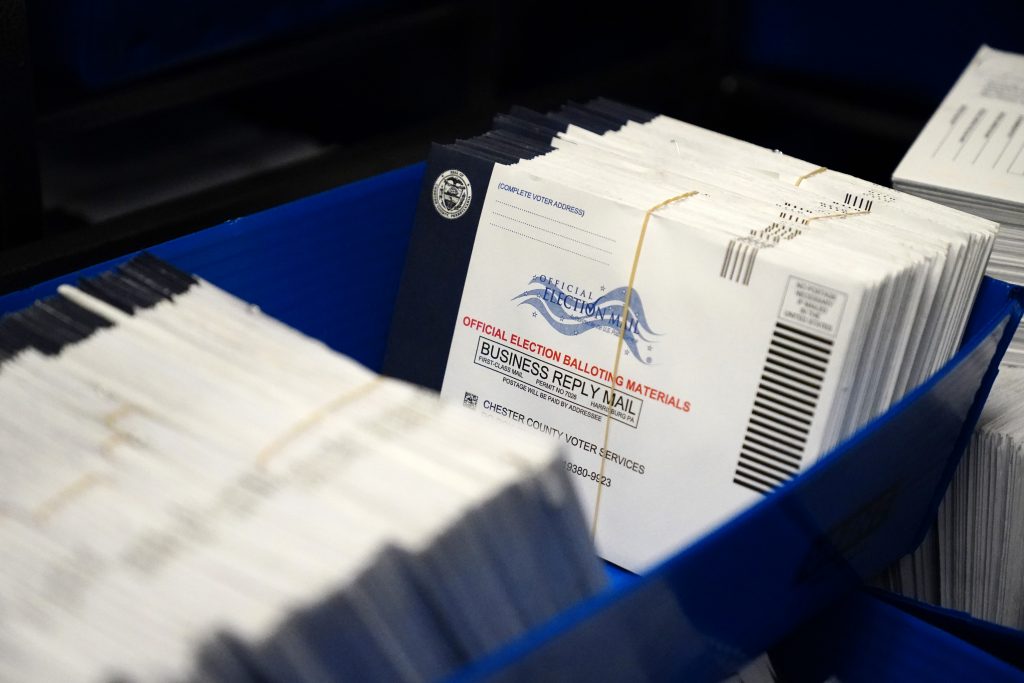