For years, the Democratic Party has struggled to retain support from Catholic voters in southwestern Pennsylvania, and it will likely be hard for Democrats to reverse that trend in November – even with a ticket led by a Catholic presidential nominee.

The challenges were apparent at a “Catholics4Biden” event late last month, when U.S. Rep. Conor Lamb tried to tell attendees how his Catholic faith shapes his work to protect health care and stand up for refugees. But his remarks were punctuated by a group of nearby protesters who called him a “heretic” and “apostate.”

“Because of you, those of you who sent a Democratic majority to Congress…can be proud of several actual works, specific things that we have stepped forward and voted and done to try and help the most vulnerable in our society,” said the Democrat.

Like Lamb, Democratic presidential nominee Joe Biden is a practicing Catholic, but he supports Roe v. Wade, the Supreme Court ruling that guarantees the right to an abortion. Democrats in general have sought to appeal to Catholic voters by asking them to consider a broader context for their faith, rather than one or two hot-button topics like abortion — which Lamb’s speech did not mention.

“There is one phrase that reverberates throughout the bible more times than any other,” he said. “Scholars have estimated it occurs 366 times – one time for every day of the year, and one time for the Irish Catholics who are a little slow on the uptake. And that phrase is ‘be not afraid.’ Don’t be afraid of this president, don’t be afraid of people who disagree with you, certainly don’t be afraid of your own neighbor.”

“People need to look at all the issues and decide who can provide the best for the common good,” she said.

Cwenar is a registered Independent who said her faith has inspired her to vote for both Democrat and Republican presidential candidates. Many Christian faiths oppose abortion, but Catholics link the issue to a broader belief in the value of life. For Cwenar, that means also looking at issues like health care and climate change.

“If you’re voting as a Catholic and following what your bishops say, there are a group of 12-15 issues, and you’re supposed to look at all of them,” she said. “As a Catholic you’re not supposed to focus on just one.”

Cwenar is in the minority. According to the Pew Research Center, Trump beat Hillary Clinton among Catholic voters in 2016 by 52-44 percent.

It could be worse for Democrats: Trump won white evangelical voters by nearly 5 to 1. But Catholics are slipping away too. Anita Thiess of Butler County is one of them which is why she was among the anti-abortion protesters at the rally.

“The only reason I will not vote for Joe Biden is because he says he’s Catholic but he’s pro-abortion,” said Thiess, who said she used to be a Democrat. “You cannot change the basic fundamentals of the Catholic faith – it teaches you ‘Thou shalt not kill.’ Period.”

Thiess said that leaves President Trump as the only choice for Catholics. She cited the fact that he has appointed a record number of federal judges.

“God bless him, but he’s not presidential many times,” she said. “In fact, he acts really like a jerk, many times! But when it comes to the babies being killed, he is totally on board” with those opposed to abortion rights.

In southwestern Pennsylvania, Democrats and the Catholic Church were intertwined for decades. More than a century ago, Eastern European immigrants — a population that was heavily Catholic — found a home in the labor movement here. Historians recall that churches served as headquarters for fledgling unions. When Democrats embraced the union cause, they earned generations of voters who backed the party on economic issues – but remained more conservative socially.

But these days, Republican political consultant Mike DeVanney said the Democratic Party is losing those voters as it moves left on social issues.

“A lot of these culturally conservative Democrats, folks who have been registered Democrat and their family has been registered Democrat for generations, really are no longer finding a home here,” said the ColdSpark consultant. “You see it in the most recent election here in outlying counties like Washington, Beaver or Westmoreland Counties where Republican majorities took over. They did it because conservative Democrats are now more consistently voting for Republicans here in southwestern Pennsylvania.”

DeVanney thinks if Biden wants to reverse that trend, he should campaign beyond urban centers and include visits to those communities.

“I think Joe Biden’s going to be focusing more on style, not trying to have this be about abortion, because that is a vote-loser for him in this community,” DeVanney said. “But to really have it be about expanding the idea of what it means to be pro-life: that it’s the way you treat people, the way you act.” 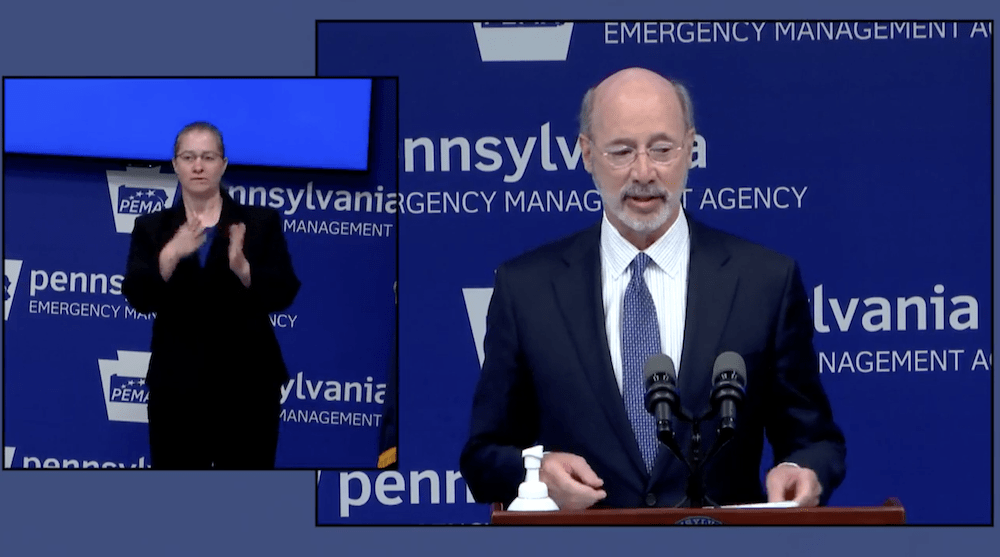