The president’s speech included several of the false claims that are regular parts of his stump speeches.

Here’s a look at the facts.

Trump won Pennsylvania by just 44,000 votes in 2016, and public polling shows Democratic presidential candidate Joe Biden with a steady lead here. But Trump is optimistic, telling a crowd of around a few thousand there’s momentum for his campaign.

“We won Pennsylvania last time, and we’re gonna win it by a lot more this time,” he told the crowd, gathered in an airport hangar.

Trump praised Pennsylvania’s history and working class in what was just under an 80-minute speech.

“This is the place where generations of tough, strong Pennsylvania workers mined the coal, worked the railroads, and forged the steel that made America into the greatest and most powerful nation in the history of the world,” Trump said.

But the president’s speech included several of the false claims that are regular parts of his stump speeches. The facts about these claims are readily available through news organization reporting and fact-checking, original documents and government data.

The first claim President Trump brought up involved an incident regarding military ballots in Luzerne County.

“They found eight ballots in a wastepaper basket. Unfortunately, they all had the name ‘Trump’ written on them. They were military ballots,” Trump said to boos from the crowd.

The short version of what happened is this: nine ballots that were cast by active military personnel were sent to Luzerne County, then opened and discarded earlier this month.

Luzerne County manager C. David Pedri said the ballots were recovered and a contractor who was responsible was fired.

Trump’s campaign cites what happened in Luzerne as evidence of election tampering. The president himself accused Democrats of trying to purposely undermine election processes throughout the country, including in Pennsylvania.

“The only way they can win Pennsylvania, frankly, is to cheat on the ballots. That’s the way I look at it,” Trump said during the Middletown rally.

But PA’s County Commissioners Association and the Secretary of State Kathy Boockvar have both repeatedly said any claim about a bogus election process is false.

Boockvar said lessons were learned in 2016. Since then, election workers have “increased monitoring, fortified voting system defenses, and added layers of protection to the commonwealth’s voter registration database.” There has been no evidence of election fraud occurring this year in Pennsylvania.

This one has been a rallying cry for both President Trump and Vice President Mike Pence at campaign stops across the commonwealth. The controversial industry is deeply embedded in Pennsylvania.

“Joe Biden has vowed to ban fracking. That’s not good for Pennsylvania,” Trump said of his Democratic opponent.

If 900,000 fracking jobs in one state seems a little high to you, that’s because it is.

Data from Pennsylvania’s Department of Labor and Industry shows around 26,000 people worked in oil and natural gas extraction in the commonwealth at the end of last year. In fact, by that time, the commonwealth had actually lost around 2,700 jobs in that sector.

It’s not clear where Trump’s number comes from. Even the American Petroleum Institute, an industry advocate, estimates only 112,000 work in that industry here.

As for where Biden stands, a ban on fracking is not one of his campaign promises.

He has said he’d not support new fracking on federal land, in an effort to eventually transition the U.S. away from fossil fuels. But, repeated fact-checks have shown Biden has never said he would ban the practice altogether.

Both of those claims are among many of Trump’s rallying cries. He exhorted the crowd in the final minutes of his Middletown rally:

“Get your family! Get your neighbors! Get your co-workers, and get out and vote! [It’s the] most important election we’ve ever had.”

With 20 electoral votes on the line, expect to see more of both the Trump and Biden campaigns over the next six weeks. 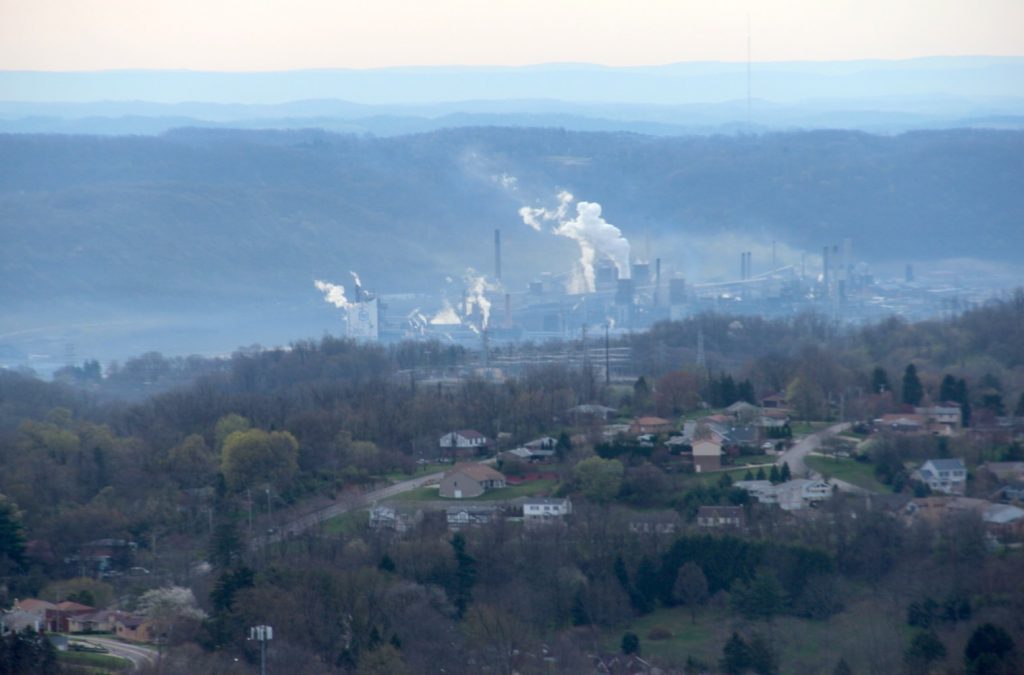